Great joy! The Holy Father has appointed Joseph-Bernard Likolo, priest of the Emmanuel Community, ordained for the diocese of Kinshasa, bishop of the diocese of Lisala (Democratic Republic of Congo).

Joseph Bernard was until now Secretary of the Episcopal Commission for Divine Worship and the Discipline of the Sacraments of the C.E.N.C.O. 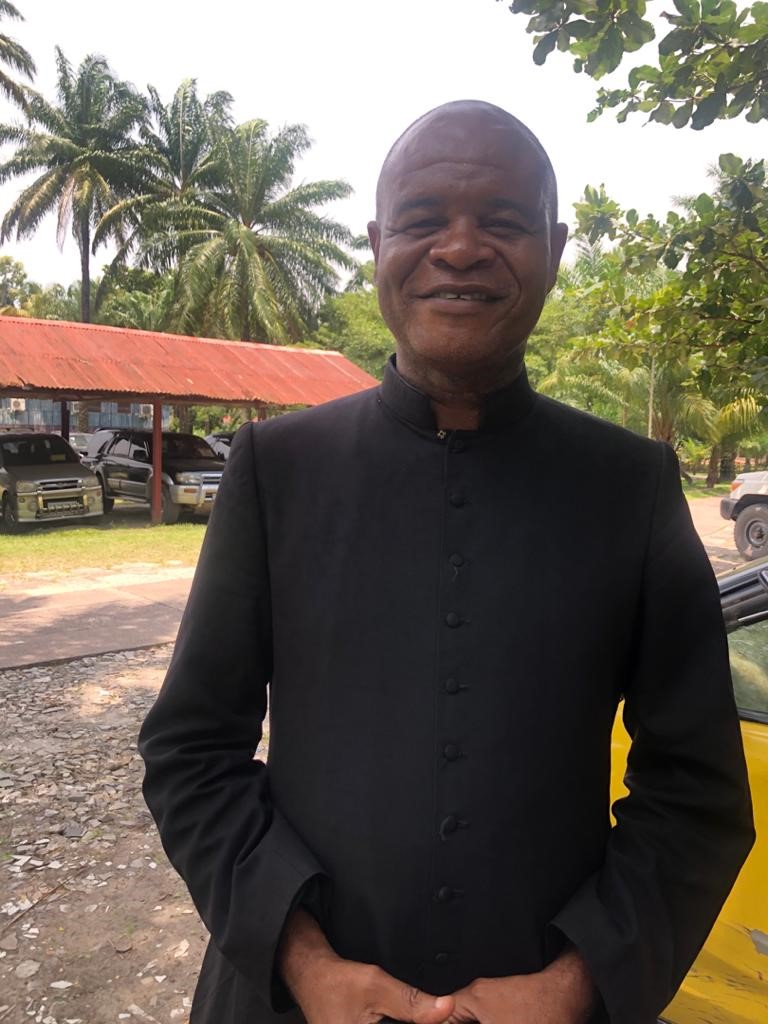 Joseph-Bernard Likolo Bokal’Etumba was born on 29 August 1967 in Kinshasa. He attended the Propaedeutic Seminary of Kinshasa from 1987 to 1988 before studying philosophy at the Major Seminary of Saint Andrew Kaggwa (1988-1991) and theology at the Major Seminary of Theology Saint John XXIII (1991-1996) in Kinshasa.
He was ordained priest on 30 May 1999 for the Archdiocese of Kinshasa.
After his ordination, he was vicar and then parish priest in Sainte Angèle (1999-2004) and director of the primary school of the same name (1996-2004) before leaving for France to study for a Licence in Theology at the Institut Catholique de Paris, in the parishes of Notre-Dame de Bon Secours in Bois-Colombes and Saint Marc des Bruyères in Asnières (2004-2008).
He continued his studies with a PHD in Liturgy at the Pontifical Institute of Saint Anselm in Rome (2008-2013). He then became a referent for vocations, seminarians and priests of the Emmanuel Community in the Democratic Republic of Congo (since 2010).
Lecturer in Liturgy at the Major Seminary of Theology Saint John XXIII (since 2013) he was appointed Director of the Jean-Jacques Olier House for the formation and accompaniment of priests in difficulty (2014-2020) and Secretary of the Episcopal Commission for Divine Worship and the Discipline of the Sacraments of the National Episcopal Conference of Congo (C.E.N.C.O.) (since 2016).
We entrust the new Bishop of Lisala to your prayers!

Love & Truth is a worldwide outreach of the Emmanuel Community for couples seeking to grow in their Christian vocation to marriage. The outreach takes the form of various events designed for men and women of all ages to receive