“While participating in a TV game show, I clearly felt the help of the Holy Spirit”

Katarina works for Editions de l’Emmanuel (Emmanuel Publishing House) in Slovenia. To finance the translation of a book, she had a daring idea: participate in a very popular TV game show in Slovenia, where you can win up to 20,000 euros. After having requested the prayer of her whole household, she played, and she won! 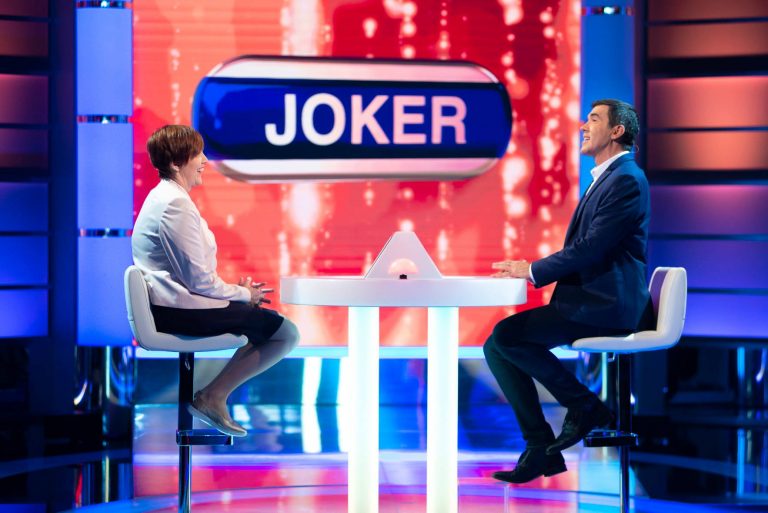 Mother of two boys, Katarina teaches French and German in addition to her job as an editor. “Éditions de l’Emmanuel in Slovenia is a renowned publisher in the Catholic book market, ” she says, “ but its financial health remains fragile. “

Katarina wished to edit the Slovenian translation of the book Libre pour aimer: Sortir de la pornographie, (Éditions de l’Emmanuel, 2016) ( in English: Free to love, getting out of pornography) written by Father Eric Jacquinet. Indeed, the translation budget is quite important (7000 €), and there is no certainty of recovering the expenses, given the very touchy subject. She was searching for donations, and at some point, she got this idea to participate in a game show. “I really like game shows, and I already took part in a crossword puzzle four years ago,” she says.

Her choice goes towards “The Joker,” a trendy TV game in Slovenia, broadcasted in primetime on Saturday evening. The idea is simple: 12 questions, seven jokers, and winnings, which grow exponentially to reach the maximum amount of 20,000 euros.

“I hesitated a lot because I was afraid to expose myself. It is indeed a very watched program in Slovenia “. The idea of ​​financing the translation of the book with this earnings gives her courage. “I said to the Lord: if you want this book translated, help me win!” she testifies.

In June, the producers accepted her candidacy, and the recording of the TV show took place in September 2020. A few days before, she asked for the prayer of her brothers and sisters in the household: “I received very encouraging images (for example, someone holding a shield preventing arrows from reaching me),” Katarina said. “When I left for the TV shoot, I felt that it was possible to earn 20,000 euros, and at the same time, I felt very free related to this money.“ 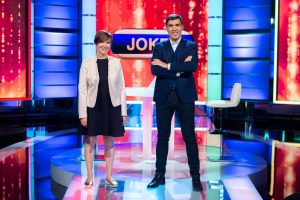 “I passed the different levels and ended up at the last question having used all my jokers. I then had the option of withdrawing and keeping the 7,000 euros already earned, or answer with the risk of making a mistake, which would have reduced my gain to 1,000 euros. I thought about this scenario before, and I had already decided to take the risk of answering the last question. The presenter asked his question. I had the choice between four answers, but I did not know which was the right one. And all of a sudden, it is incredible, the correct answer came to me! I answered, and I won! I clearly felt the help of the Holy Spirit! I was only the third person in the history of the game to win the 20,000 euros! “

Why translate Eric Jacquinet’s book to get out of pornography and not another book? “This kind of program does not exist in Slovenia. It is effective and is bearing fruit in France, so I thought it could certainly help people here too.“

Being asked what helps her in her prayer right now, Katarina’s face brakes in a big smile: “The Pope’s apostolic letter on Saint Joseph. It touched me a lot, renewed my devotion to Saint Joseph. I also pray a lot for the priests” she concludes with a broad smile.

Where is God? Where is the Holy Spirit? Our lives are so rich, and yet, there is often a darkness – there is so much mental anguish, sorrow, and grief. We hunger for meaning, and long to live a life