A charismatic youth, simple and joyful, living her life in the odor of sanctity

- an article from Charis Magazine* -

Born in October 9, 1986, in France, Claire was adopted by a family of the Emmanuel Community when she was nine months old. She was affected by the handicap of Trisomy 21. Encouraged by her family (one sister and six brothers), she quickly chose to live with tenacity and courage, until she became at the age of 22, a civil servant in the catering trade at the Arsenal in Toulon (France). At the age of 18, when her sister Marie got married, she painfully understood that she would not get married. Over the years, she discovered that her life could have a meaning, that she could know another Love and give herself to its measure. We read in her notebook, six months before her sudden death: My decision is to adore more often and to take the Lord as my spouse and to love like Jesus to the end.” Jesus took her word. On May 24, 2014, she entered into the immortal joy of the Royal Wedding Feast. 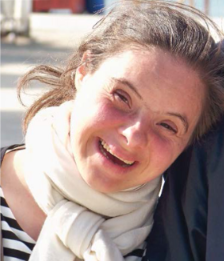 That doesn’t mean that she she didn’t have any mood swings or a few sulks. But her bottom line was joy, a joy that allowed her to go through various trials: discovery of the consequences of her Trisomy, the departures and marriages of all her brothers and her beloved sister, serious illnesses or her parents. If she could withdraw into herself, she knew how to bounce back. Beyond the spontaneous joy, there was a deeper joy in the very midst of difficulties.

Claire was extremely happy in her family: her sister, her brothers, brother-in-law, her many nephews and nieces! Claire who had been “abandoned” became the beating heart and memory of the family. If she perceived any tension, she managed to bring them closer together (she had several strategies) in a great burst of laughter.

Claire received the Baptism of the Holy Spirit at the age of 15. She treasured the paper on which some brothers had written the words received for her during prayer. She was radiant. She lived her step in her desire to grow and “become an adult” (as she said) both humanly and spiritually. She always had a simple and very charismatic expression of faith without fear. She liked to take the microphone and lead the charismatic praise. During times of prayer, she always had the right words from God. She also exercised with determination, a strong charisma or prophecy and words of exhortation. What most impressed those who knew her, was her natural sense, greatly increased by the Holy Spirit, of compassion for those who suffer. She perceived them very quickly and came to console them with great tenderness.

Claire, who was adopted, had a fear of abandonment. She would say to her father, often absent and travelling, a “I miss you” that would bring tears to her eyes. It took her a long time to be sure of the love of her family, of God and of others. When she was finally established in trust, she was able to trust and pray for others. Thus, she was “caught up” in intercession. She did not let go of her intentions! Her great sensitivity to suffering and her love of Jesus led her to have a compassion close to the charism. She had antennas and went without knowing anything to those in need.

Her love for the Eucharist and Adoration 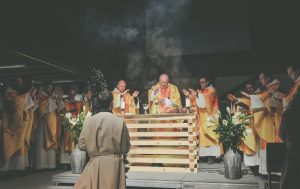 Claire went to Mass every Sunday. She would sit in the front row; She wanted to see the priest. She wanted to see God. She learned to worship with her family and her community. In adoration, she saw her Jesus and simply without our usual human respect, she touched the monstrance and kissed Jesus. At the age of 7, she convinced a very skeptical 20 year old, about the real presence, that it was Jesus, instant conversion. We noted what she said one day: “Lord, thank you for the adoration, for the chance we have to pray to you here. We believe in you. You are present in this Host. You are here among us. Show us your glory. We want to see you.”

Claire soon discovered that the Church was her family, the one where she was loved and where she was given Jesus. As soon as she met a priest, she would kneel down and ask for his blessing, and then she liked to slip in to his ear “you are my favorite”. In the last months of her life, she experienced a strong and visible spiritual ascension and she was able to detach herself from her overly emotional attachment to the priests close to her and one day she confided to us her great secret: “Parents, I understood. I want God to be first … even before the priests!” 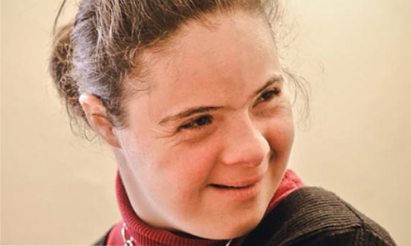 There's a talk of opening a beatification process for Claire-Emérentienne.
If you receive graces through her, please send your testimony to: claire.intercession@gmail.com